In my journey with health & weight loss, I have been my biggest roadblock. I’ve had to learn that changing negative self-beliefs to positive is the best way to reach my goals.

There was a time when I believed that I didn’t deserve to be thin. I thought I wasn’t athletic enough to get the exercise I needed, and that I didn’t have the self-control to eat well.

Looking back, it’s funny that I felt like being thinner was something I had to earn. I thought since my own poor choices had made me “fat,” I just had to live with it. I certainly didn’t deserve anything else.

Once I began to read books like “The Slight Edge,” and “Get a PhD in YOU,” I slowly began to realize that I could live the life I wanted in the body I’d never even allowed myself to dream of.

After bringing myself to believe that I did deserve a better body, I had to get over the hurdle of my athletic ability.

As a kid, I was always the last one chosen for the team in PE. My best time for running the mile in school was somewhere around 10 minutes. Worse, I could barely hang from the bar when it came time for pull-ups.

Then, in high school, I played bass drum in the marching band for a PE credit. Yep, because that was less humiliating than actually taking a PE class.

Needless to say, by the time adulthood came around, I was more than happy to avoid physical activity. It was really easy to call waiting tables my exercise.

That got me by for a while. But once I moved into a desk job, things changed, and they changed FAST!

Easing Into An Active Life

I had to exercise, but I was convinced my body wasn’t capable.

Finally, I decided this was one of those areas where changing negative self-beliefs to positive was going to help. The only way I was going to feel capable was to just start. So, I started with one crunch.

Seriously, I laid down on the floor one day and I did ONE. CRUNCH. The next day, I did two and the day after that, I did three. Every day for 100 days I just did one more crunch than the day before.

While that was going on, I decided I could also start walking more. So, I put on the FitBit I’d bought a year prior but never used, and started pushing myself to hit that 10,000 step goal every day.

By the time I reached the 100th day after that first crunch, I did 100 crunches and I ran three miles!

It turns out, my body was capable of way more than I gave it credit for.

Let’s face it: I love food.

I always look forward to the meals involved with holidays (stuffing on Thanksgiving, crab salad on Easter and prime rib on Christmas). And the food my family makes and shares on a camping trip is the best part of camping.

To make matters worse, I’ve always been a fast eater. Like, embarrassingly fast. When I was single, I always dreaded dinner dates. I would wind up spending the whole meal self-consciously trying to slow down my eating pace.

Hubs always teases me when I finish eating WAY before him (which is every meal).

The point is, I freaking love food.

And when I’ve tried to “diet” in the past, I spent all my time focusing on what I couldn’t eat, what I was depriving myself of. Then, I’d decide dieting wasn’t for me and give up.

It’s true, dieting isn’t for me.

Finding Something That Worked

I had to find something sustainable for the long term, where I can focus on all the amazing foods I do get to eat!

For a while, it seemed like calorie counting was going to be what worked for me. I still ate whatever I wanted. The portions were just smaller. Or, I made a lower-fat version to cut calories. (I’m talking about you, mac n’ cheese with low fat cheese and skim milk).

Plus, I had cheat day every week. So, if I was really craving something that didn’t fit in my calorie budget, I’d save it for the weekend.

Eventually though, all that counting and calculating and measuring got to be too much.

With a lot of other things going on in my life at the time, I gave that all up, went back to my old ways of eating and promptly gained back all the weight I’d lost.

Then, I took changing negative self-beliefs to positive to the next level when Hubs told me about Vinnie Tortorich and his “No Sugar No Grains” (NSNG) way of eating. I read his book, Fitness Confidential and started listening to his podcast. Everything the guy says makes sense! That, however, is a post in and of itself.

Now, Hubs and I both eat NSNG as a general rule. Every so often (probably a couple times a month), we’ll splurge on a treat of some kind. That’s usually for a special occasion or a vacation. Mostly, we just avoid grains and sweeteners of all kinds.

What works great about this is that I can focus my energy on all the delicious foods we have instead: like steak and sweet potatoes and broccoli smothered in butter. I also know that if I really want a slice of homemade bread or my Grandma’s lemon lush, I can have it!

I actively choose what I eat every single day and I never have to say “I can’t have that.”

By identifying the fact that my own negative beliefs about myself were what held me back from living the life I wanted, I was able to change my beliefs and move forward toward my goals. Changing negative self-beliefs to positive was a game-changer in my life.

Now, I know that I do deserve to live in a thin & healthy body, I’m capable of any exercise I want to try and it’s okay to love food!

Recognizing my negative beliefs and finding a way to deny them or change them to something more positive was a huge step in moving toward the life of my dreams.

How I Lost 40 Pounds by Adjusting My Priorities

Reduce Your Stress in the Kitchen 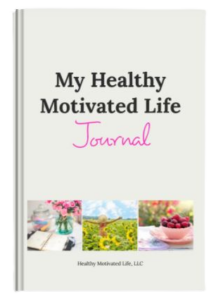